How To Make Custom Heatsink

A heat sink is a conductor that transfer heat generated from an electrical device or mechanical device to a larger surface area to allow dissipation throughout the rest of the device.

Through this act, it gives room for cooling by the help of airflow that passes through stimulated by a fun that is inbuilt. Most heat sinks are made of the thin metallic fins connected at the base. Heat sinks are commonly used with devices of high power. 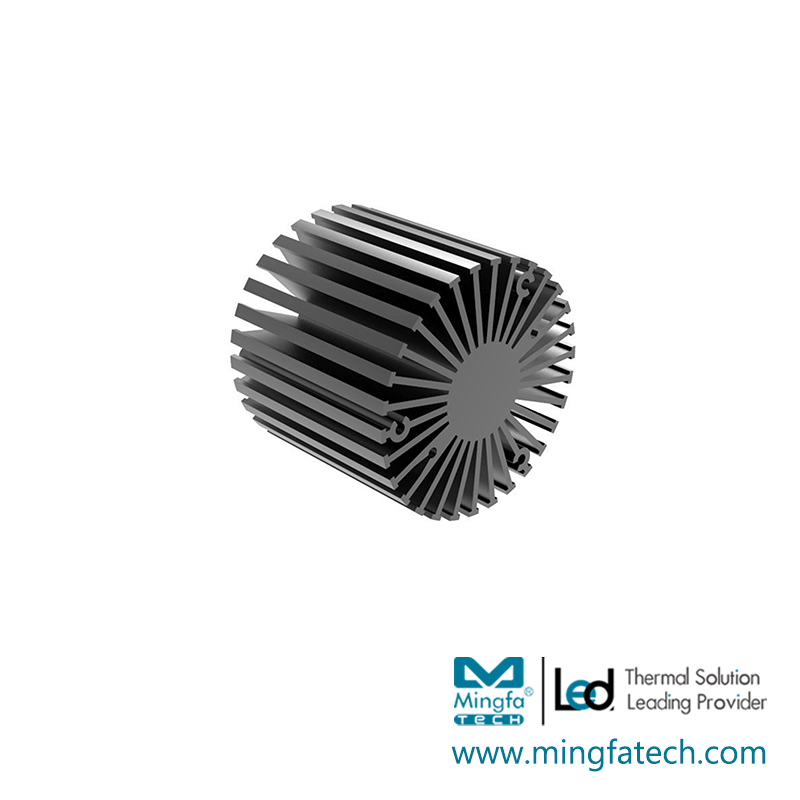 A heat sink is made in a way that the heat flow between semiconductor and the air temperature surrounding the device is created as a series of resistance to flow of heat. This cause resistances from the semiconductor to the device case and back to the heat sink which it later channels to the ambient air.

This creates a total thermal resistance from the die to the ambient air. All this never take consideration of the non-uniform dispersal of heat over a heat sink.

For a complete production of the custom heatsink the following will be considered:

In most scenarios, the material used in making the heat sink is the aluminum alloy 1050. This is often due to its high conductivity thermal value of upto 229w/m.K and remarkable softness, mechanically. The aluminum of 6060 is characterized with low stress and as a result, 6061and 6063 are the most commonly used alongside the conductivities values of 166 and 201 W/m.K. Above all, everything else depends on the temper of the alloy.

In other cases, copper may be applicable instead of the aluminum. This is often due to its properties of resistance to corrosion, befouling as well as antimicrobial resistance. By and large, copper has proven to have twice the thermal conductivity as compared to that of aluminum (400W/m.K). It is also denser and above all very expensive .Sometimes, the fins maybe soldered into heat sink base as another method of manufacturing.

Efficiency Of The Fin

Fin efficiency is one of the main measurable factors that make a greater thermal conductivity material useful in the construction of the custom heatsink. The fin is usually a flat plate allowing heat to flow in it from one end and then disperse it into the surrounding medium fluid that acts as a traveling medium to the other end.

This efficiency is termed as the actual transfer of heat. It is separated by heat transfer were the fin to be hypothetically have infinite thermal conductivity.

For the custom heatsink to be more effective, the fin arrangement should be uniform and in a standard orderly manner. The pin fin heatsink can be made in different forms that comprise of straight fin, square, cylindrical, and elliptical structural designs. The pin fins always extend from the base of the heatsink and it’s always the most common custom heatsink available in the local market.

The cavities joined in the source of heat are the sections created between the adjacent fins, standing for the promoters’ essential of condensation.

Putting of a thick conductive plate as an interface for passing heat between the heat source and a cold fluid or any heatsink may at times help in increasing the cooling effect and rate. In such cases, the cooling is done under the thick plate instead of direct contact with the custom heatsink.

The plate could boost the heat being transferred through conducting the heat current at an optimal way. This comes with some advantage; there will be no additional power being pumped and no additional surface area for the heat transfer that tends to differ from the fins.

Color Applied On The Surface

The main heat transfer that occurs from the custom heatsink is always through convention of the air around but it might also take place through air conduction and radiation. The transfer of heat by radiation is realized when temperature of the custom heatsink and that of the surrounding is optically conjoined with the heatsink. When the radiation is measured from 0-100 degree Celsius, its contribution becomes small.

As a result of this, the heatsink with fins working under the natural convection may not be affected by the emissivity of the surface.

When both the factors fail to work, then the surface area properties may turn out to be the most significant design factor applicable in the custom heatsink. This is when a matte-black color is applied to the surface to help in the radiation in a more effective way as compared to the shiny surfaces of the bare metal structure.

When it comes to a vacuum, however, connectivity is never supported. As a result, radiation remains as the only factor that would aid heat flow through the surrounding and the custom heatsink.

For you to make a custom heatsink of good standards, the above ideas must be factored in. Of course, you will need to do some homeworks to understand which materials and factors have more impact and which ones you can do without. The blog was posted by Mingfa Tech Manufacturing Limited. If you are interested in Custom Heatsink, you can get it from the website.